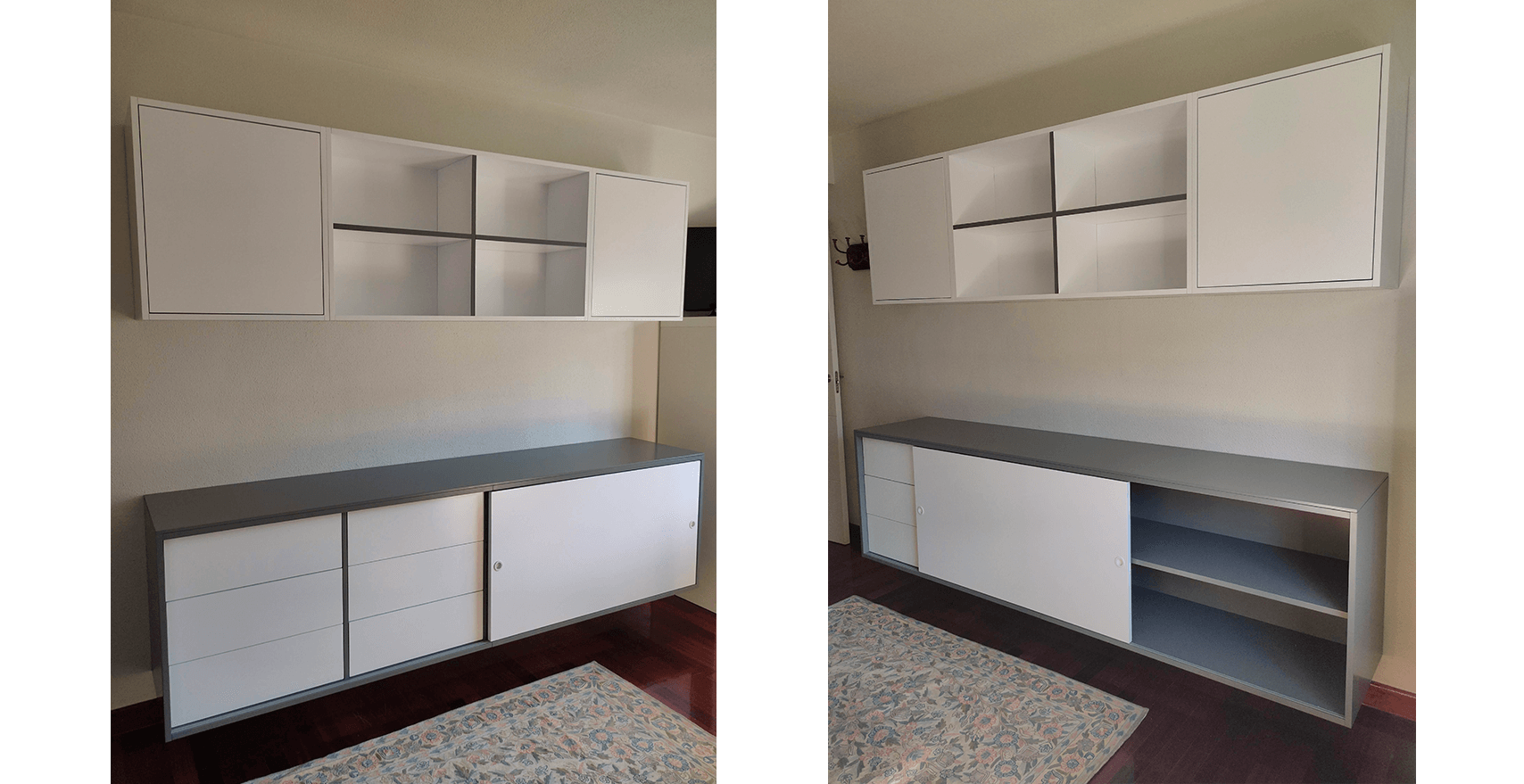 The peculiarity of this design lies in the different forms of storage. The furniture lends itself to being used in different types of rooms.

We divided the furniture into two halves to create a feeling of spaciousness.

The part with the largest volume is the lower one, which consists of several drawers in one half and in the other, a large space divided by a shelf that is hidden by a sliding door.

The colours chosen are highly combinable due to their neutral tones. The grey in the lower part confines the volume, enhancing it, while in the upper part the white is the protagonist. With this decision, we provide lightness and enhance its central area, marking it with the same grey tone of the lower part. 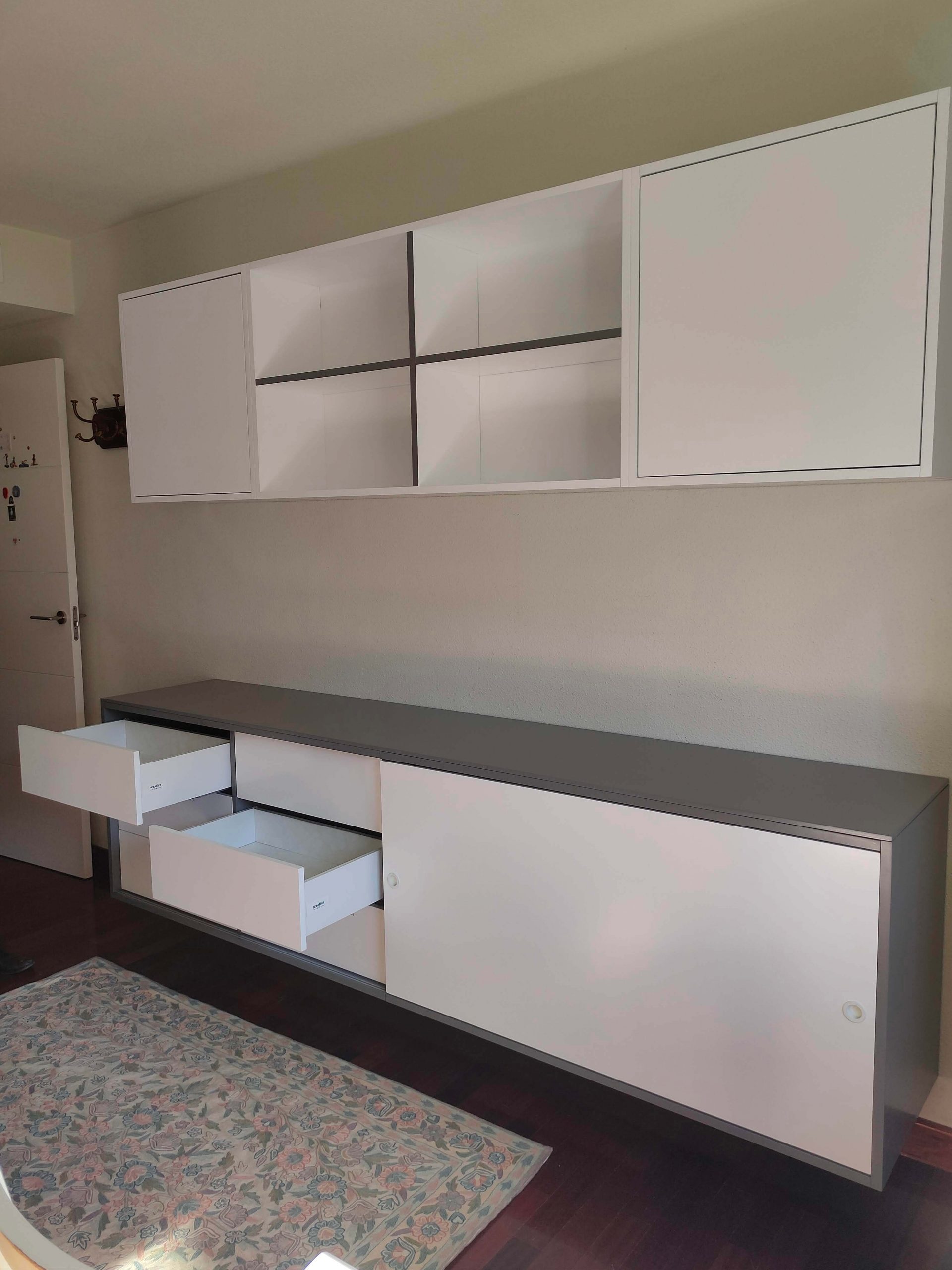 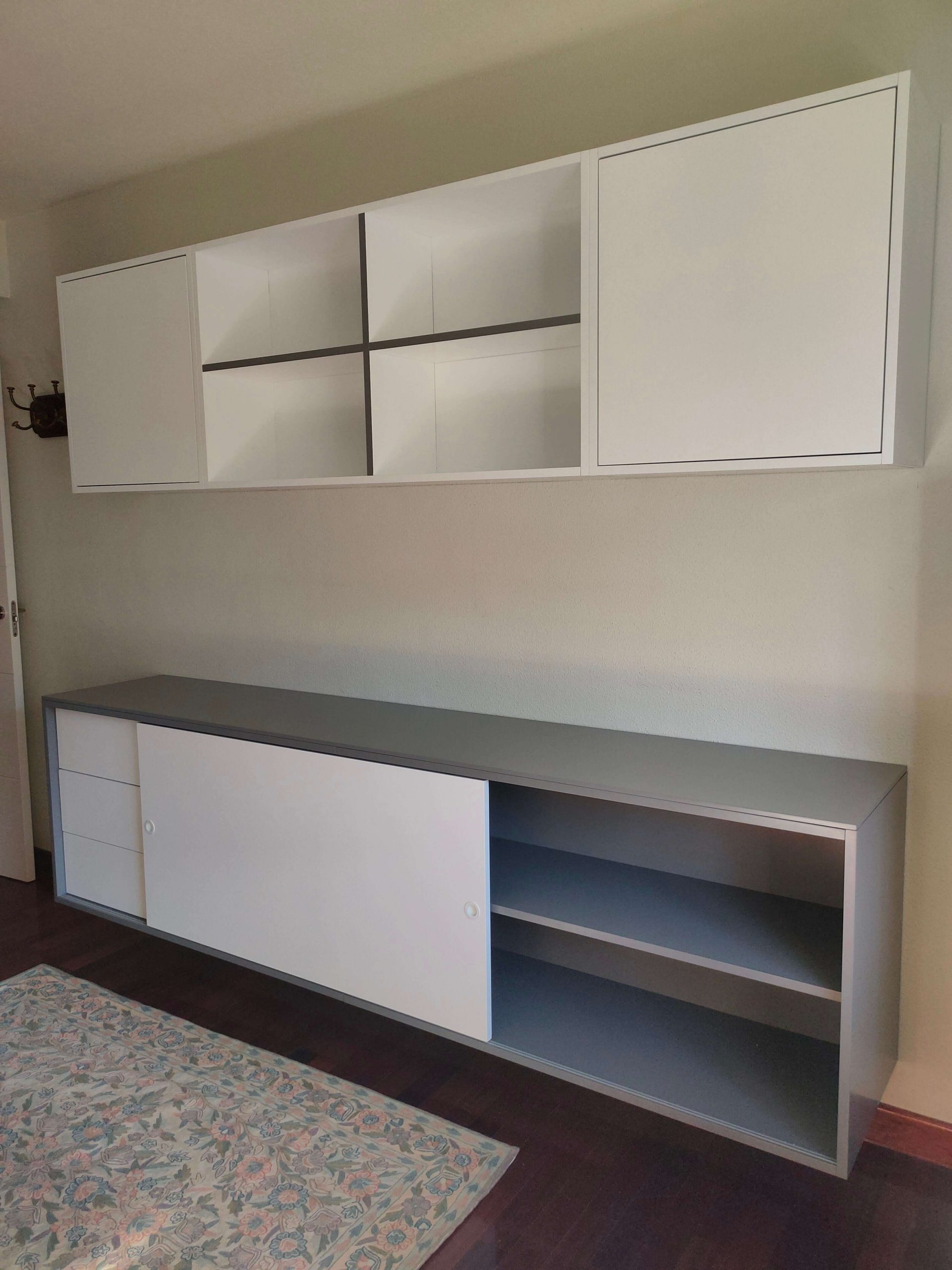 Back to projectsContact us
error: