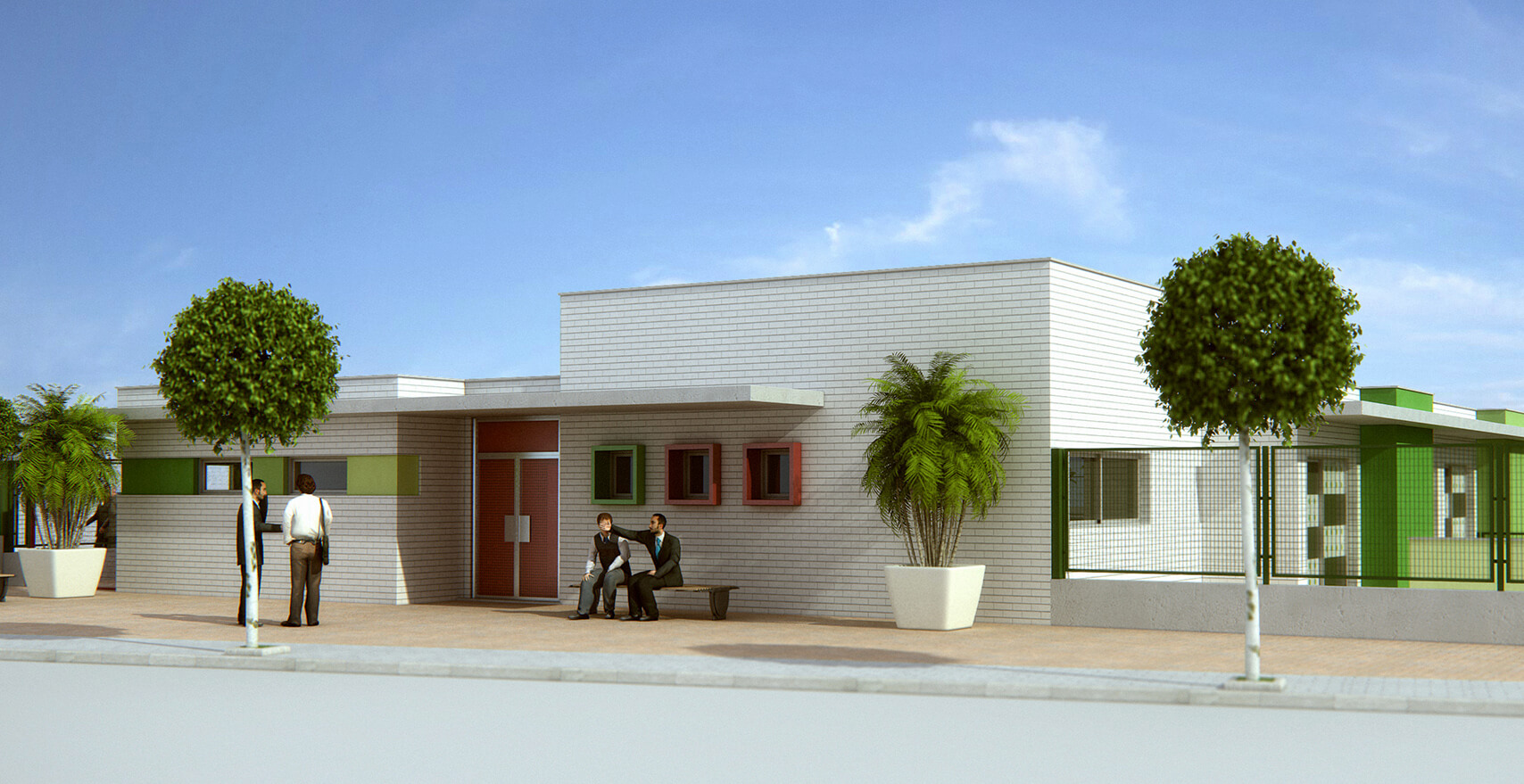 We were commissioned to create two childcare centres (C.A.I.) for two districts within the municipality of San Pedro del Pinatar, serving children from 0 to 3 years old.

The annexation of prismatic pieces generates the project. Each one of them will house one of the functions of the C.A.I., thus making it easily recognised.

The prisms have a different type of lighting according to their function. Thus, in the reception and administration area, the high longitudinal windows, as well as in the baby room, protect privacy; the one in the classrooms has large windows for incoming light and direct access to the patio, while in the multipurpose area, filtered light is obtained through skylights to give homogeneity, with windows at different levels, offering views of the outside from any height.

The joining of the pieces is carried out through a corridor that connects the exterior with the interior of the plot, and which is used as a playground where, thanks to sliding panels, there can be multiple possibilities of use.

The use of bright colours gives the centre a vital and fun look, creating a favourable atmosphere for its end users.

The centre is designed to give children a prominent role, so that everything can be used and altered by them.

Back to projectsContact us
error: